The goal of our scientific work is the molecular analysis of the biogenesis of photosynthetic thylakoid membranes which represent one of the most complex energy-transducing membranes currently known. We especially ask the questions how the biogenesis process is organized in space, what the molecular working mode of assisting factors is and how these factors developed by evolutionary means.

A second aspect of our work concerns the transformation of a cyanobacterium into an organelle of the plant cell, namely the chloroplast. This "domestification" of a former free-living procaryote throughout evolution was enabled by the advention of an intracellular communication system harmonizing gene expression in the former cyanobacterium and its host. This system is based on regulatory RNA/protein compexes which we study by applying genetic and biochemical techniques in the unicellular model green alga Chlamydomonas reinhardtii. 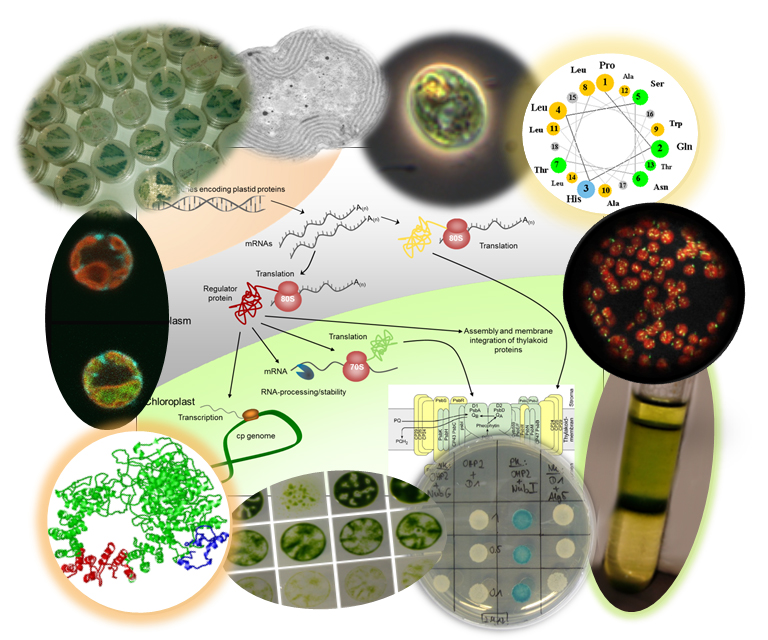